You are here: Home » Blog » Guidance and Advice » Smoke alarms – tested yours recently?

Have you heard the one about little Johnny?

Little Johnny’s class went on a school trip to the fire station. The firefighter giving the presentation held up a smoke detector and asked the class: “Does anyone know what this is?” 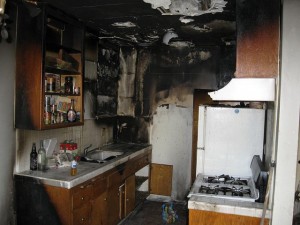 Little Johnny’s hand shot up and the firefighter called on him.

All very humorous. But writing this has really made me think.
My longest relationship ever was with a 19 year old collie cross, called Zak.

I’d had Zak, a rescue dog, from the age of 5 months and it was obvious he had been in a fire. Cigarette smoke scared him, a BBQ terrified him and the sound of the smoke alarm had him quivering like a feather.

I can clearly remember one night, about 3 years ago, standing in the pouring rain, jammies on at 10:30pm, outside in the pitch black with him as the batteries were ‘on the blink’ and the alarm was going crazy. It was easier to keep him outside – he was shaking like a leaf! Like lots of folk, I was annoyed, climbed on a stool and almost did a ‘Mrs Doyle” through a window to take the batteries out. 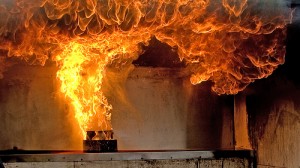 Did I replace them? I’m ashamed to say no. It hadn’t crossed my mind.

In total, 45% of fatal house fires were caused by matches and smoking ma 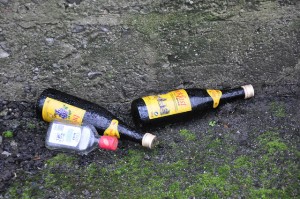 Cooking appliances were responsible for 58% of accidental house fires, which the latest statistics showed had left 978 people injured in 2010-11.

In line with the previous year’s figures, drink or drugs were suspected to be a factor in 17% of accidental house fires.

I’m pleased to say that my smoke alarm is now working.  Is yours?

And, if not, you might want to watch this.

A note on the author;

Poustie is a PR consultant who believes that effective communications engage the emotions as well as the intellect. She believes that PR is about building reputation, solving problems, being there when needed and knowing what to say when horsemeat is found in your burgers.