You are here: Home » Blog » Guidance and Advice » Staff Fire training – To Do or Not To Do, that is the Question!

Staff Fire training – To Do or Not To Do, that is the Question!

As Hamlet proclaims; ‘To be? Or not to be?’, for the Responsible Person under the RR(FS)O it isn’t so much a question of ‘To train; or not to train’ that is the question, but to what depth and to do what? 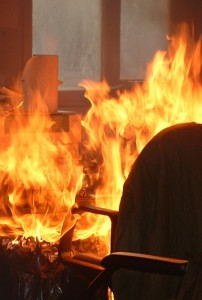 Firstly there is always a question of exactly what the person must be trained to do, then there is a question of cost, and finally of maintaining the level of training required. The whole thing gets even more complex when one starts looking for a ‘trainer’ or a ‘training package’ that is appropriate and relevant.

Let’s consider first of all the arguments surrounding ‘fire training’ for office, shop and factory workers. Generally the guidance says we should teach them to leave immediately the alarm sounds. Drop everything, grab jacket, purse and get out. Simple. Or is it? Nothing, again to misquote a more famous author, ‘in the affairs of men’ is ever that simple.

People simply do not like to leave a warm, apparently safe, environment to go and stand in the pouring rain or freezing cold unless they genuinely feel there is no alternative. So, the first problem here is to train them to recognise a need to do so.

Again, that isn’t as straightforward as it may sound. There are many studies on human behaviour now that show our responses to any given event are heavily influenced by a wide range of things, not least being cultural background, conditioning, experience and training. 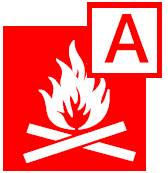 Many companies have tried to have fire extinguishers removed from their premises on Health and Safety grounds, the argument being that provision of the equipment means everyone in the building needs to be trained to use them, and using them may involve putting themselves at risk.

Both are valid points, but I would argue that they are not sound reasons for the removal of first aid fire equipment. Again, to misquote Shakespeare; “a small fire is easily trodden out, which, being suffered, rivers cannot quench.” I would argue that someone equipped with an appropriate fire extinguisher can save their company millions – if they know when and how to use it.

A second argument which seems to have taken firm root in many peoples’ minds is the idea that the only thing that matters in a fire is whether or not everyone can exit the building, preferably unaided, and walk away from the fire.

In a number involving care homes (and some high profile examples in detention centres) we have had lives lost because people were not properly trained to deal with the – in one instance – relatively small and contained fire until it had succeeded in penetrating the fire barriers and spread. In one particular case, the fire service were misdirected by staff who had misunderstood the fire alarm panel. By the time the mistake had been discovered, several people were already beyond help

Fire Safety Training is often seen by the employers as yet another one of those Health and Safety burdens they are forced to carry. Employees on the other hand, often see it as a waste of time or a nice little ‘jolly’ away from the cash desk, computer or warehouse. Both need to be convinced that taking it seriously could save their lives and their livelihoods.

The problem, from a Health and Safety point of view, is that to deal with a fire, someone has to actually get close to it. That puts them very clearly “at risk” in the minds of most Health and Safety officers, but let’s, for a moment, consider. How big does the fire have to be before it is “too big” and becomes life threatening?

Personally I would suggest it has to be no more than an office sized waste paper bin fully involved. Now we are really talking about someone who knows how to use fire fighting equipment efficiently. A person trained to react correctly to the sudden rush of smoke and steam that will fill the room the moment they discharge the extinguisher at it. So the first call here is to get people to recognise the limitations of the equipment they are using and to know what to expect when they do It is important for the occupiers and workers to understand this – and that can only be acquired through training.

It must certainly extend beyond having a chat in the tea room with a “trainer” or watching a few funny videos and then having a Q&A session so we can all tick the box of attendance and carry on with our jobs.

The most effective training package is going to be one where the normal roles of the staff have been considered, their existing knowledge assessed and the training takes account of the role they will play in the event of a fire. 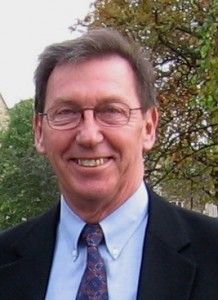 It will include at least a basic understanding of the strengths and weaknesses of the building they work in in a fire situation, of the behaviour of a fire and the manner in which it develops, spreads and grows, and, of course, of the need to move calmly, and with care, away from the fire.

For some there will be the additional need to learn how to safely and efficiently evacuate bed ridden patients, confused and frightened folk not in full possession of their faculties and perhaps many other scenarios as well.

Training should never be a joke, but it certainly can be interesting, effective and life saving – all without busting the bank to do so.

This blog post was written by Patrick Cox who is a fire safety expert and we would like to express our thanks for his constant interest and input to our website.

This entry was posted in Guidance and Advice and tagged Employees, fire training, Safety Training, staff. Bookmark the permalink.